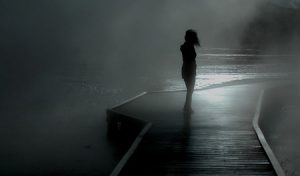 Girls are very special. Difficult to say the least but they are special in their make.

We had been at a picnic – just the three of us. Best friends since Buganda Road Primary School, even though I think Mariam and Jjuko were closer to each other. I did not mind. I had no time to fantasize about forever friends. All of life is unpredictable and so are humans.

Anyway, during our picnic, Jjuko let on that she was back with David. The same idiot who had battered her after she dared to confront him. He had not been pulling his weight financially in the relationship. While he was happy to spend on fancy wrist watches, shoes and chinos from Woolworths, he was also happy to return to Jjuko’s apartment, eat what she had bought and cooked, and sleep in the bed she had paid for, in the apartment she owned. It was a small apartment; just about enough for them – two bedrooms, both rooms being self-contained.

“He said he was sorry for hurting me. I kind of feel sorry for him. He has been through a lot since his childhood; from watching his own father accidentally stab his mother in the right shoulder with a table knife – she survived though and she forgave him – to bringing new siblings for his mother to raise since their mothers had abandoned them. He has not had it easy.”

“Hmmm…” was my skeptical contribution.

“You cannot judge people. Everyone comes from somewhere and it takes courage to try to do it right. I know David is trying. He is learning on the job.”

She threw me a look. She was upset.

“Honestly, Jjuko, this idiot beats you up…fine, it was once…but you should probably see it as the start of many to come. He does not take you out and when he does, you pay the bill; so technically, you would have taken yourself out and he tagged along. Do you ever wonder what he spends his money on? How is that at every outing, he happens to have forgotten his wallet?”

“He buys me flowers…” she said.

“Yeah…once in five months…” Mariam and I burst out.

“I would leave him, if I were in your position. But, I am not you and I am not in your position. So, I do not know how you feel or what you should do. I just do not really want to hear about how he is battering you when you have the option to walk out,” I said.

“I love him…I really do. He will get better. And anyway, I am also learning how not to rub him the wrong way. You know men have egos and do not like to be reminded of their weak spots. So I am trying to stay on his good side…it helps us get along better. It works,” Jjuko said, to our disappointment.

“Friend, I am here for you. Just stay safe,” Mariam offered.

We turned back to what had now become a pensive-mood picnic. Why do girls put their friends in awkward positions about their relationships? You want to whine about a terrible partner, ask for advice but take your own advice in the end only for the circle to be repeated. If it works for you, why are you sharing it with us?

What do we do with our broken hearts – broken from the constant heartbreak that you carry to us until you are void of your own person? What happened to self-love and allowing people to be a fence for better choices?

Tags: By Damali of Kyanjja
No Comments
Share this entry: