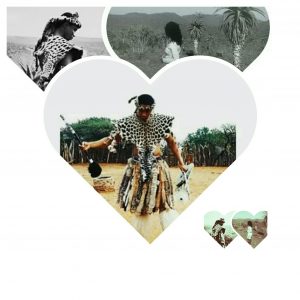 My spring break was by far the most exhausting week this year. I missed school on the first day, was still surviving the drama we witnessed at Makhosi’s new home. Xoli left a day earlier than us because university was reopening. I felt sorry for her because for some reason Mzuvele distanced himself from her. The last time we saw him was when Xoli told us about her father. Mnqobi and Mbongeni came back twice but each time they said Mzu was busy. I could see Xoli was saddened by this. I suspected that the attack on Mnqobi was somewhat related to Xoli’s father’s death. I couldn’t raise the issue infront of Xoli or Makhosi’s family. We hardly found time alone so finally Makhosi and I spoke about it on our way back yesterday, she shares my suspicions. We came back by public transport, another first. It really feels like they are hiding something big and Mzu is feeling guilty, why else would he disappear? I haven’t seen him since I’ve been home either.

“Your dreads look good on you by the way.”

Mnqobi says brushing my hair. It is neatly tied and has been this way for weeks. He has never said anything about them until today. He is just avoiding a question I asked him about Mzuvele. His silence was so long that I got lost in thought, I even forgot he is with me. He is accompanying me from school, he does that sometimes. He is a show off really.

“Xoli went to varsity yesterday and Mzuvele didn’t see her off. You didn’t fetch me from Emsinga. Mnqobi what are you hiding?”

“Really Ntombi? Are we still there? I didn’t know you were the nagging type. I don’t want a nagging wife.”

He is hiding something. I stand and cross my arms over my chest. He walks a short distance and then stops but doesn’t turn to face me.

He turns swiftly. He looks furious but I’m not scared of him. He can roar all he wants but today I want the truth, all of it. I can’t shake the feeling that I’m marrying a murderer.

He shakes his head as he moves closer to me. He holds me roughly and starts speaking with his teeth gritted. He is not quite clear but I could hear his words.

“I can’t believe you’re asking me that. Am I a murderer Ntombikayise? Why would you even ask such? That man died even before you were born…”

I try to push him away but he holds me tighter. But wait, how does he know when he died? Damn, his grip is tight and painful and he keeps muttering in my ear.

Makhosi! Mnqobi lets go of me quickly and I breathe heavily, this fool almost chocked me. Makhosi was supposed to go back home with Mbongeni but he’s not with her. Oh by the way, she came back because her mother (who turned out to be a step mother) isn’t welcomed at the royal house. Royalty isn’t as glorious as it looks from the outside – that’s all I can say.

Mnqobi has a tendency of being rough with me but I usually pay no attention. He is strong and sometimes has no control over it and his emotions. I understand that.

Mnqobi: “But Khosi how is this your business?”

Mnqobi: “What? Did you see any punch here? Makhosi you’re full of it.”

I’m really not in the mood of their bickering today. I interject; “How do you know when Xoli’s father died?”

They both look at me like I just disarmed them. I’m getting emotional, I’m not sure why. I feel… helpless and weak… Mnqobi does that to me. I just submit to whatever he wants but I feel like I’m getting tired, I’m exhausted. There is a feeling inside my chest, I’ve only felt this everytime I watched my mother cry over my useless father. I’m angry.

Mnqobi: “Xoli did say she was young and they moved after that. Really though? Am I really still talking about this?”

Makhosi: “Why did the Emadlangeni guys attack you?”

Mbongeni pulls up next to us. We are standing very far from either school or home. We are nearer to the fighting grounds, this is a deserted area close to the forest. We normally take this route to avoid bumping into people. Surely he’s been looking for Makhosi. We enter the vehicle and Mbongeni confesses everything that happened while we were at the reed dance. So, Mnqobi was meant to die at that stick fight as a way of avenging their father. Sphiwe – yes that Sphiwe – is Xoli’s eldest brother. He witnessed the fight where his father died. No wonder Mzuvele is feeling so guilty, his father killed his girlfriend’s father – hectic. Makhosi suggests Xoli be told all this. There is some arguing from the guys but they eventually conclude Mzu should decide on that.

Makhosi: “We are going to see Xoli in Durban this weekend. Mzuvele is also coming.”

Mnqobi: “Is that an order princess?”

Makhosi snaps: “Yes.” And looks out the window.

Mbongeni is staring at her. He has that look, I’ve seen it before, and I know what it means – we are going to Durban. I get the feeling they had a fight, like there is tension and it?s not just this issue about Xoli’s father. But then again, she is going through a lot at home. Makhosi isn’t a bitter person but lately she is very irritable.

“Khosi” Mbongeni calls out to her and tries to hold her hand. She moves it away and turns to look at him.

“Please don’t push me away Khosi.” He says. Poor thing. Mbongeni forgets other people exist when he looks at Makhosi.

Makhosi: “Uzongisiza ngani Mbongeni? You can’t undo this pregnancy now can you?”

Uzongisiza ngani: How will you be of assistance

Tags: By Ayanda Xaba, South Africa, The Maiden and The Bear
No Comments
Share this entry: