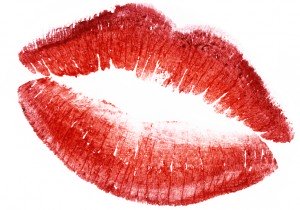 My alarm goes off. It’s 6 am. I turn it off ceremoniously because it hasn’t served its purpose. It was supposed to wake me up but the problem is I haven’t slept all night. I couldn’t. I have been relaying this “plan” over and over again in my mind. My heart has been racing. I have been restless, sweaty, on edge. What will happen today will set off a lot of other things in my life and I don’t know if I’m ready. What I do know is that it has to be done. It is no longer about me anymore. It is about the bigger picture. The picture I have been painting in my head for the past five years.

This picture, naturally, involves a man. My man: George or as I like to call him Georgie. Georgie and I met five years ago at an amateur rugby game. He had been there to watch his younger brother play and I had been there because, well, I liked watching muscular grown men wearing short shorts and tight jerseys chasing after a piece of pig skin and pummeling each other for it. Let’s just say it was my weekly dose of eye candy.

Georgie caught my attention immediately because he was on the sidelines cheering for his brother and occasionally screaming at the referee. He was tall and muscular like someone who should have been playing instead of cheering on the sidelines. “Come on ref! That was not a penalty! Are you blind?” he yelled before being asked by one of the officials to go and sit down. He protested in the beginning but his better judgment told him that this was a fight he probably wouldn’t win. He relented and began walking towards the stands. My heart started beating fast as I saw him walking towards the bench where I was sitting. I started to fix my clothes to make sure everything was looking okay.

When he got to the bench he said, “Sorry, is there anyone sitting next to you?”

I mumbled, “No,” and motioned to him to sit.

“These bloody refs are the biggest cheats I’ve ever seen,” he said.

“Yeah, tell me about it!” I replied, nervously, as if I knew what the heck was going on in the game.

“I’m George by the way,” he said as he put out his hand to shake mine.

My body felt like it was on fire as I shook his hand. He stared at me for a few moments, as if trying to remember where he had seen me before, or as I like to believe, he liked what he saw; and then he said, “You are very beautiful uhm…”I realized that I hadn’t told him my name and I interjected, “Yolanda. My name is Yolanda.”

We spent the rest of the game talking and in those few hours I became completely enamoured. We hung out every weekend after that and in a few months we were dating.

I loved him. He had such a beautiful soul. He worked as a human rights lawyer. I used to be in awe of how he freely gave of himself to others in his work, aggressively standing up for the rights of those who couldn’t stand for themselves. With me, he was the same. He always wanted to make sure all my needs were met, and that I was always happy. I was a very lucky girl.

We have been dating for the past five years now and have been planning our wedding that is in five months. 146 days to be exact. The past five years have not been easy, but we have worked through it. Everything was going according to plan, well, until about a week ago when his phone rang while he was in the shower. The caller ID said James and I answered it thinking it was someone from his workplace.

“Hi baby. Is she gone yet? Can I come?” said the voice on the other end of the phone. It was not “James”. It was a woman’s voice.

I held the phone to my ear and did not say a word.

“Hello! Hello! Can you hear me George?” the voice said again.

I started trembling. I knew that voice very well. In fact, I had spoken to that very voice just yesterday and we were finalizing the flower arrangements for my wedding, and that voice had said, “I’m so excited for you darling,” before hanging up. How could that same voice have said, “Hi baby. Is she gone yet?” to my fiance? I couldn’t believe it.

I hang up the phone and went through the messages on his phone from “James”. I had never gone through his phone before because I trusted him and we had agreed that we wouldn’t snoop around in each other’s phones. It was one of our boundaries. I started seeing messages from “James”. There was phone sexts, about “how amazing yesterday was” and “I want you to do this and that to me”. After a few messages I couldn’t take it anymore. I put his phone down and knocked on the bathroom door. “I’m off to work now, honey! See you later!” I shouted to Georgie trying to sound as normal as I could. “Okay. I love you!” he said back. Hearing him say that almost made me vomit in my mouth and I whispered, “No you don’t, you bastard!” as I walked out.

I left the house and drove off round the corner and parked my car two streets away where I could still see our house and waited. About 45 minutes later I saw a car pull up at the apartment and I watched as the owner of the voice I’d heard earlier went to the door. I watched in disbelief as she pulled out a key from her bag and unlocked the door, and went in. I had given her that key, in case of emergencies and because she would often look after our house when George and I were out of the country.

I couldn’t believe it. I don’t know how long I sat in my car for, trying to process what I had just seen and what I knew was most probably happening in my own house at that moment. Over the next few weeks I monitored their movements and spied on them while I figured out my next move. They met at 9am every Tuesday and Thursday while I was at work and every Friday during lunch time. The hardest part had been trying to act normal in front of Georgie while I knew what he was up to behind my back and not only that but especially because of who it was with. One thing was for certain though, I wasn’t going to break up with Georgie. I had come too far and worked too hard for this relationship. The owner of the voice had to go. The only question was, how?

This is what has led me to this morning. I have finally figured out my plan and for the last two weeks I have been putting everything in place. Today is a big day. I get out of bed and head to the shower. I come back to the bedroom and George who, up until then had been fast asleep says, “Morning baby. Where are you off to so early” And I reply, “Remember I told you that I’m going out of town for a few days?” and he replies, “Oh yeah, sorry I had completely forgotten.”

I put on my clothes and George helps take my suitcase to the car. It’s a Thursday and he thinks that he’s going to see the owner of the voice in a couple of hours but unfortunately he’s not. He’s never going to see her again and I’m going to make sure of it.