Smiling in the Drought

Smiling in the Drought 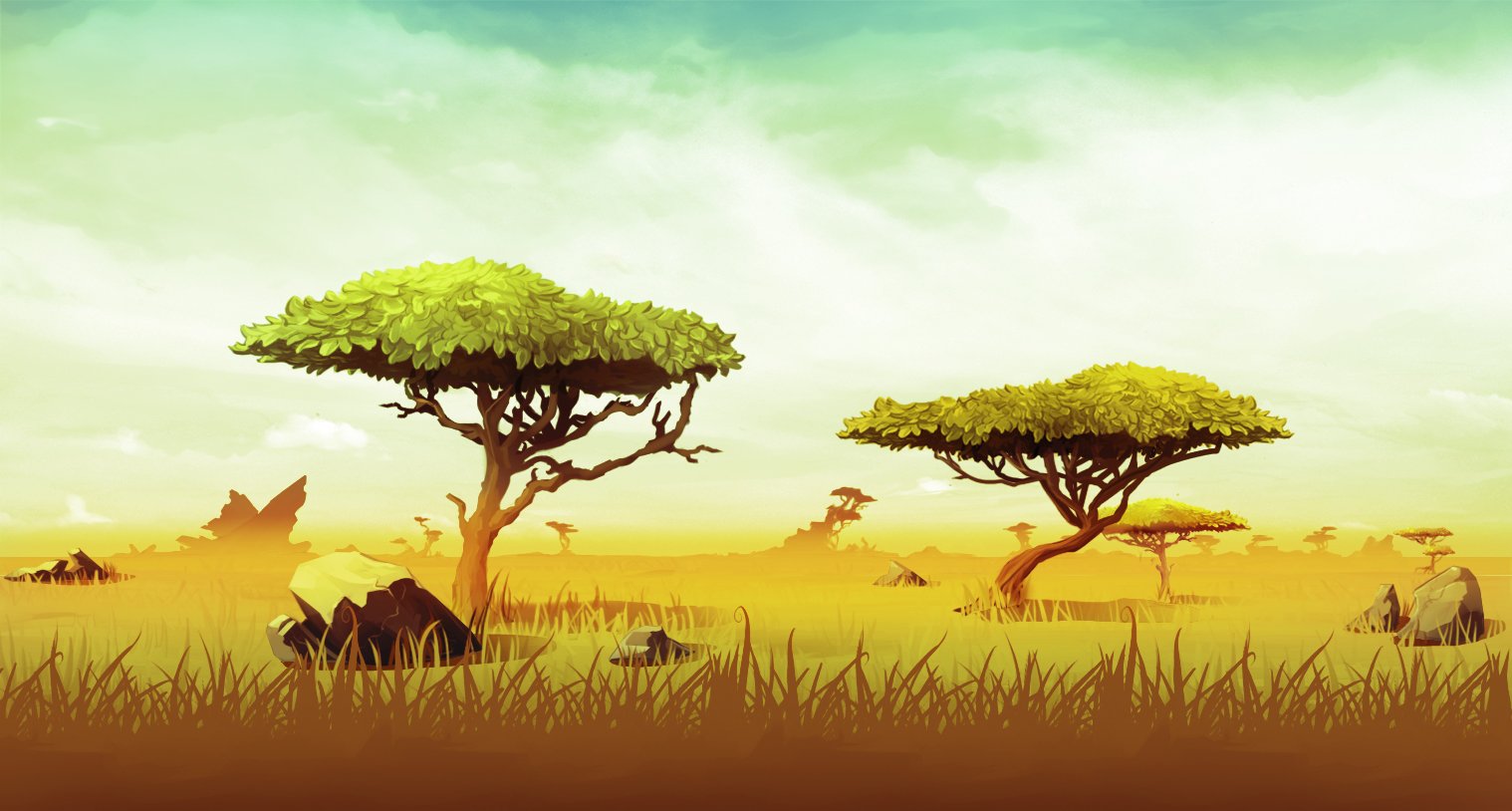 By all appearances, things were bleak in the savanna. The grass had become dry and brittle while the ground hardened to the point where it had begun to crack as it gave way to the smoldering heat of the overhead sun. It was only a matter of days before the rainy season got under way but the last days leading up to it seemed to be the harshest. Even the animals had grown sluggish. None of the usual flurry of beasts galloping across the veld could be seen; no zebras, antelopes, wildebeests or even springboks. It was indeed a time of great despair for the savanna and her inhabitants, well most of them at least, save for a young lion cub named Thokozile. She seemed rather cheerful considering the circumstances. It wasn’t because she found joy in the desolation brought about by the drought as most would’ve expected of a predator like herself. Her joy was the result of a promise, a promise that her mother had regretted making ever since they had set off on their journey to the great lake. It was this promise that caused her to hop and skip around her exhausted mothers feet throughout the whole journey. The promise that she would get to play with all the animals of the savanna.

When she wasn’t frolicking around her mother, she hurled an endless barrage of questions her way, which proved to be equally exhausting. She tried her best to dismiss them with a growl or simply ignore them but her actions were in vain. Most of the questions revolved around the size of the lake and the kinds of animals they’d get to see once they got there.

All the other animals looked at her rather curiously. She didn’t really care for it, especially since all of them were quick to avert their eyes whenever she turned her gaze towards them. She didn’t mind that either – it was fear. Seeing fear in those around her was an all too common occurrence in her life. Still, said fear would typically be followed by flight. Typically, but not that day. That’s how dire the situation had become. Death by predator or death from thirst, neither option seemed desirable to any of the animals hence they braved the journey to a place that would surely be rife with carnivores. The trek was mostly peaceful, with a few scuffles here and there as a caravan began to form.

It was the most beautiful thing Thokozile had ever seen and was perhaps part of the reason behind her jubilation. The only thing that dampened her spirits was the fear and apprehension in the eyes of all those she attempted to interact with. Although she had become accustomed to it, it still saddened her, especially since she could not understand why. All the other animals were interacting with each other save for herself and her mother which she found disheartening. She still had a few months left before she could start learning how to hunt hence she was yet to become aware of the pecking order in the savanna.

The journey was nearing its conclusion with the destination almost within view and she was yet to make a single friend like she had wished. Suffice it to say, the journey was not at all what she had hoped it would be. Even other predators were quick to hide their cubs the moment she approached. Never had she cursed being a lion like she did at that very moment. Her mother could see the sorrow in the eyes of her young one, she realized that perhaps making that promise may not have been the best idea. In an attempt to console her cub, she playfully nudged her with her nose and tickled her belly with her whiskers.

“I will always be your best friend.” she whispered.

For a moment she managed to make Thokozile smile once again, but as much as she appreciated the gesture, it just wasn’t the same coming from her mother – a lion. She was a bit more composed for the final stretch of the journey, which came as a big relief for her mother. As much as she hated seeing her daughter unhappy, she knew it was only a matter of time before she discovered what it truly meant to be a lioness in the savanna. She too had once been young and idealistic, but nature isn’t something that can be easily swayed by the whims of a naive little cub. It was a lesson she had learned the hard way and one she intended to pass down to her daughter over time.

Thokozile came to life once more after noticing a change in the landscape. The grass slowly faded away, until they found themselves treading over course sand that had been heated by the sun to temperatures that her tiny paws just couldn’t bare. She ran ahead of her mother until she got to an area that was a bit cooler and moist. The earth looked very smooth, almost slippery, but when she stepped on it, part of her paw sunk into the mud and caused her to leap back in fear.

“Welcome to the great lake.” her mother declared.

Thokozile looked around and all she could see were a series of puddles scattered across what looked like an ordinary concave patch of land. She looked at all the animals that had traveled with them as well as those they had found already there, not to mention the scores that kept pouring in after them and couldn’t fathom how they would all be able to drink their fill, or even drink at all. She then noticed that as soon as her mother entered the lake, all the other animals cleared a path for her and none would dare drink from the same puddle. Though an unspoken truce had been formed, it was also an uneasy one and many still chose to err on the side of caution lest they get killed by the predators. But of course, the fear of dying of thirst was still much greater.

Despite the weary herbivores’ fears, the predators only had one concern at that point in time – water. The crocodiles basked in the sun in long files a short distance from the lake after having drunken their fill long before the other animals even set off. Packs of hyenas cackled maniacally as they lorded over several puddles. The leopards and cheetahs were almost indistinguishable as they shared a drink side by side. Birds of different species fluttered joyfully over the lake and would occasionally land to take a sip. Others perched themselves on the backs of the majestic elephants as they dipped their trunks into the water and hosed it into their mouths. The young lioness found it rather amusing to watch the giraffes as they spread their long legs and bent their slightly longer necks to drink from the shallow waters. She was in awe of all the variety of life in front of her but at the same time she felt as though an invisible barrier stood between her and this exciting new world. It was a barrier that repelled everything and everyone around her save for other lions as it turned out.

As her mother reunited with the rest of the pride and drank alongside them, Thokozile ventured off on her own to find some other place to drink. She would’ve loved to join any of the other animals but at that point she was certain they’d flee at the sight of her. She found a small unoccupied puddle shortly after her departure. It wasn’t before long that she discovered why it had been unoccupied. Of all the puddles in the lake, it was by far the smallest with most of it consisting of dirt and tiny little tadpoles. Despite all of that, Thokozile still thought it a better option than drinking with the pride, who were constantly looked upon with fear by the other animals. She sipped the water slowly, all the while keeping her teeth clenched in an attempt to filter out the dirt and tadpoles.

Over the slurping sounds she made while drinking, the young lioness heard the pitter patter of footsteps approaching her from behind. She simply assumed they were her mothers – she always made sure they weren’t too far apart. She continued to drink from her tadpole infested water until the sound of footsteps ceased, prompting her to turn and confirm if they did indeed belong to her mother. Much to her surprise, they belonged to a tiny elephant calf. Of course, tiny by elephant standards was still much larger than she was.

He dipped his trunk into the puddle but unlike his lion counterpart was unable to filter out the tadpoles. It was only after feeling them swim around inside his trunk that he blew out all of the water in a panic. Thokozile, who had been watching the calf in silence, suddenly burst into laughter over the incident. The embarrassed calf took another swig but this time aimed his trunk at Thokozile and gave her a good hosing. Now it was his turn to have a laugh at her expense. Much to his surprise however, she broke into laughter as well. She then began to splash the water on him with her paws and thus, the two began to chase each other around the puddle.

Theirs mothers watched on from a distance, lion and elephant side by side. They knew that the rains would soon come and break the tentative truce. At that moment they dreaded having to one day teach their young ones that a day would come when they would meet not as friends but rather hunter and prey, as nature intended. It was far from an ideal setup but alas, nature is not so indulgent as to bend to the whims of doting mothers.