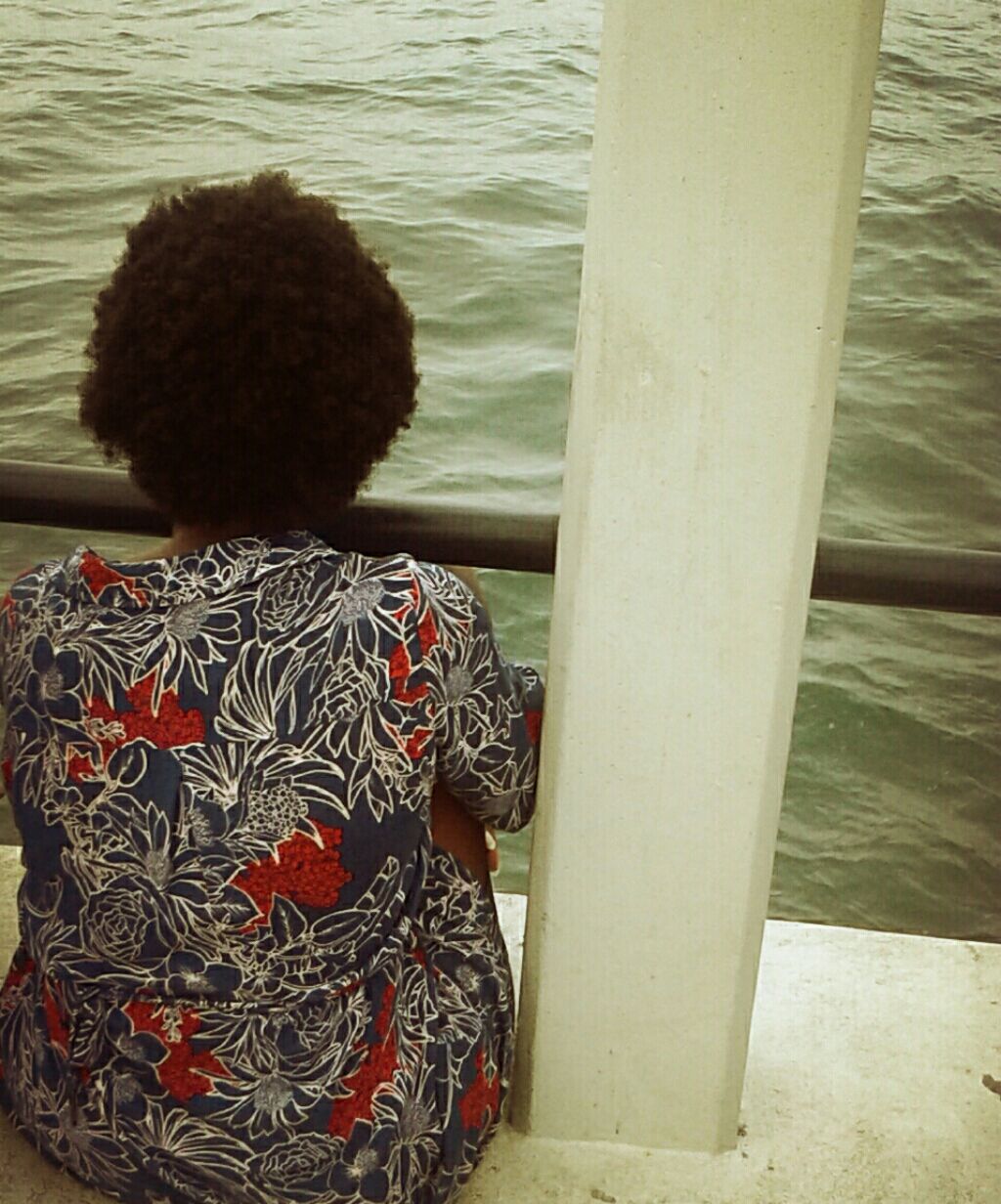 Libuseng stared helplessly at the cubicle’s door. There had been two knocks on the door and three attempts to open it. She had just kept quiet. She had heard one girl say the toilet was locked because it was probably not working. At some point, she had heard Mama Lydia humming a sefela, in her deep, resounding voice. She was packing her things to go home. Libuseng had never spent this long in the toilet cubicle. It had been almost an hour.  She did not want to be in her room because her roommate was there. They got along well but sometimes she preferred it when one was in the room and the other was not. She did not want to be outside where there were other human beings and she would have to dodge them or pretend to want to make small, fleeting conversations. She did not even want to be at The Rock. She did not want to be with her friend Mellissa. She did not want to have any lively stimuli. She wanted to be in this toilet cubicle, sitting unapologetically on the closed toilet seat and staring at the door and the walls and her hands and her shoes. She wanted to be between walls. She wanted to feel closed in. There was something to it. It was a toilet. There was absolutely nothing in its design or aesthetics, that could possibly make her want to be anything but herself. There were no personas and facades in the toilet cubicle. There was no mirror in the toilet cubicle. It was just her and the cracking walls. And today, it was also the prospect of a cracking friendship looming ominously in the background of her life. And also, today, it was also the scary realisation that she too was in the background of her own life. One word to describe her this semester. Mess.

They came as instantly as she had thought about this. The tears. And this time she made no effort to stop them. She would cry. And she did. Mellissa did not know this secret. And if she did already, it was obvious that she too would not be pleased. She had not seen her for two days now because Mellissa was tied up in field work for her Anthropology assignment. So today, it was, in fact, the prospect of two cracking friendships looming ominously in the background of her life.

Campus Whispers were fast. They were like fire-wild fire, the kind that caused significant damage before attempts to curb it. It had been twice. She had slept with him only twice. Her grades had not been looking up. She could not afford to fail her major- Statistics.

“So what do you want to do?” he had asked her the first time she had approached him because she was concerned about her grades. She needed help and she had only planned to ask him for extra lessons or recommend other resources that would help her. He had given her looks. They made her uncomfortable. They were alone that afternoon in the lounge for lecturers.

“Oa tseba na ke re eng,” he had said in an undertone, “Sk’a wara, you come to my house this Saturday and we fix up these grades. Simple. Akere Busi?”

“Nxa!” Libuseng had stormed out. She remembered how that night, she had barely slept. She did not think she would even have such a thought linger. She had thought of her Malome Ralipuo, her mother’s brother. He was the one paying for her tuition. He was helping her mother out. Failing meant that she was disappointing them greatly. Failing meant that Malome Ralipuo’s money was going to waste and she was being nothing but an ungrateful mochana. It would not matter whether she really had been trying hard to pass the course, cross-nighting or even that she despised the course. Children failed because they were lazy and getting carried away by the wild college life. She would be an ungrateful mochana.

The Saturday morning when she decided to go to Mr Batloung, she had wept recklessly under the noise of the shower water, choking from her tears and from the impact of the cold water on her face. The cold water ran down her body and she tried memorising how it felt as it did, as if she would never feel things the same way after that day. She knew she had lost something already, even before she stepped into that man’s house. And yet, she felt as if she had no choice; as if the choice was already made. She had to elevate the draining pursuit to not disappoint her mother and Malome Ralipuo high above her own – the pursuit to not disappoint herself. She was choosing disappointing herself.

It was that Saturday. And then it was the next. And then it was passing the next two Statistics tests, one of which was a major contributor to the semester’s assessment. And then it was waves of draining emotions that overwhelmed her. I have lost myself, she would cry to herself every day in the next two weeks, during which she managed to get away with avoiding intimate time with Patrick and with Mellissa. They must have known she was not okay. Mellissa tried talking to her and Libuseng had tried very hard to conceal her state of mind. Mellissa did not push the matter further. It was hard with Patrick because he tended to be too persistent in wanting her to open up. He too noticed and asked her what was going on. Libuseng told him of the overwhelming schoolwork that she had to catch up on. She knew he did not buy it. He had come to know her well.

Until this afternoon, just when she got out of the auditorium, she saw him waiting at the door with a strange look on his face. He had not said anything except taking her hand and walking her hurriedly to the benches that were far away from the lecture blocks. They had sat down and that is where the confrontation happened.