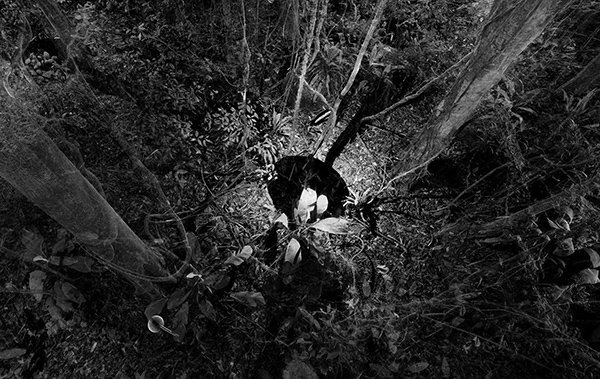 Nobody Sees The Future (3)

I have been a security guard for ten years now, ten years! But I still get nervous before a big function. My company has deployed extra security to guard the Workshop shopping center today. Apparently the musician coming is a target of some sort. I’ve heard all that before, these musicians like to be treated like gods. I cannot afford to not take this seriously though. I’m an old man, there are a lot of fresh unemployed boys out there – my boss always reminds me.

What’s making me nervous is the number of people attending the event. This must be a big celebrity to attract so many people, so early in the day. I saw the boy coming in with a large group of bodyguards and that scared me even more. He must really be a target to be walking around with so many men like he is some taxi boss. I also saw how he ended up with the name ‘Moskito’, he really does look like a mosquito. He is small, short and skinny with a big head but he is handsome like my little boy. He doesn’t look much older than 23. One can only wonder how such a young child can end up with this hectic life. I’m glad I’m stationed outside at the park to ‘look for any suspicious person. I’m telling you, this job will drive me insane; how many suspicious people can one spot? What is a suspicious person anyway?

I just came back from my coffee break, we are allowed that before the performance begins. He is set to go on stage at 12 o’clock but I know he will only come out later. I walk out to my post and my relief leaves. It is sunny, like you can expect Durban to be. I scan the park for any ‘suspicious people’- whatever that is. There isn’t anything peculiar with this crowd; it is just the normal fun loving group of young people. There is also a group of little children, probably a visiting school. They have matching blue t-shirts and they are keeping very close to each other. Except for that one girl, she ran off to the ice cream stands but maybe she knows the lady there. They seem to be having a natural conversation. This child is beautiful, I don’t think I’ve ever seen anyone this pretty before – just don’t let my wife hear that. There is something magical about that child, she draws you in and I notice I have been looking at them for a while. They are joining the crowd now. I move my eyes from the pair and scan the stage area. Okay!!! That is suspicious!

The guy is wearing a big coat, Durban never gets that cold. The coat looks old and worn out but this man is holding on to it like his life depends on it. He is looking around like he is looking for something, a signal maybe. He looks scared, really scared. Maybe I watch too many action movies, but this guy looks like he has a bomb tied to him.

I cautiously walk towards him; I’m aware that if he is wearing a bomb any shots fired his way could mean death to a lot of people. But what if I get too close to him and he explodes? I gently put my hand on his shoulder and signal him to the side. He just stands there, looking at me like I’m a ghost. He looks seriously scared and I’m even more suspicious of him now.

This I didn’t expect. No hardcore criminal cries.

Homeless man! Who can’t even speak properly. I did say this job will drive me insane.

That’s an explosive, a homemade bomb. I can recognise that sound anywhere. It is not the homeless man because I’m still holding him and we are both alive. I quickly let go of him and rush towards the smoke with my pistol in my hand. Why would anyone go to such trouble to make a bomb and just set it off in public? I dodge the crowd, people are running like water during floods. Just as I reach the stage, I see him. The guy with the bomb; he still has another in his hand. So he is going to set this off again. But why?

“Drop that!” I instruct. I must say, I sound like those FBI people in movies.

“Okay,” he smiles. He knows as well as I do that if he drops it, it will explode.

“Old man, I have nothing to lose. Turn back and pretend you didn’t see this.”

I walk closer; I’d be damned to allow a child to kill people under my watch. He stands as if he’s waiting for me to reach him. He has a scary look; the ‘I’m willing to die’ look. But I can feel his fear, he isn’t expecting me to come closer and he looks scared of someone else other than me. His boss, maybe?

A string of gunshots appear from behind me, they hit him. I quickly turn around and fire back. They don’t stop… Damn! The bomb! He will drop….