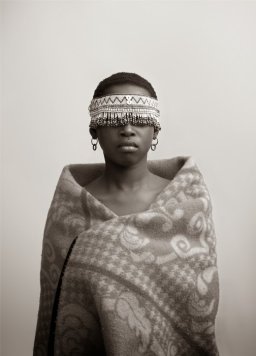 Today is the big day! My husband and I have been working towards this day for months now. It has taken insults, tears and hatred and we stood strong, together. He stood by me against his family despite the Chief threatening him countless times. Ndebele has turned into the man I want to spend the rest of my life with; strong, fearless and confident.

Wendy’s situation pushed me to this campaign. Lately, children don't just get abducted; they are also raped and killed and I have every reason to believe that the ‘ukuthwala’ practice is perpetrating such behaviour. The Chief summoned my husband after hearing about our campaign. He explained why the practice is important and how it has been part of our culture for centuries. Seeing that we are not budging; he called an imbizo, a public meeting for all villagers, and expressed his disappointment in spoilt, educated brats trying to undermine and demolish our culture. The brats being me and my husband of course. He tried turning the village against us but the women of the village couldn’t turn a blind eye on their own pain. Bheki’s family told him to drop this and let me go because I am now poisoning him against our culture. I think they were also scared because the Chief threatened to ban the whole family from the village. All this didn’t scare us or keep us fighting for what we believe in, enough was enough.

Wendy’s home was burnt around mid-July; she was abducted by a guy who had been bothering her since high school. The guy is old and a carefree loser. He doesn’t work, he is a known drunk in the village and has many babies all over the place. Nobody cared to rescue my friend; instead they said he did her a favour and gave her a home. In that same month two girls aged 13 and 14 were abducted and days later, were found dead at a nearby river. After that, more girls were ‘abducted’ and raped then sent back home. People do not look for children as they assume that they are being married off somewhere. This is unacceptable!

A week after my wedding, Wendy barged into my office looking like a scarecrow. We got married on the 2nd of December. She couldn’t even be my bridesmaid because her husband didn’t let her out. She had pale skin, scratches on her face and her hair looked like overgrown weed. She looked scary and I couldn’t believe how a beauty could turn into such a horrible picture. I hurried towards her but she cried out in pain when I attempted to hug her. I wanted to cry but I couldn’t, I had to be strong for her. Still so humble; she apologized for not making it to my wedding and then told me all about her life of hell. The so-called husband is a serial abuser who hurts her emotionally and physically. He even goes as far as bringing other women home and raping them in front of her. There is no way she can report him because she is stuck in that horrible house, and treated like dirt. I left Wendy at my mother's house and went to consult with my husband.

They found her that very night and sent her back to the house. We tried to intervene the next day but the Chief was consulted and he warned Wendy never to run away from her marriage and told us to never meddle in other people’s businesses. She committed suicide; my friend couldn’t face any more of that misery. I failed her and now I’m trying to fix all that. I can’t bring her back but I can make sure no other woman goes through it.

Today we are hosting the media from all over the country. My husband is a very influential man; he organised the media for the conference. We have a petition out on a website and one going around the village; we need as many signatures as possible. I have been counselling survivors of abuse with help from more qualified psychologists and social workers. It is however, impossible to completely stop the practice because the chief and his loyal people are standing firm by it. That is why we reached out to the rest of the country for help. The freedom of our women depends on the success of this press conference and this is merely the beginning of a bigger battle. I have realized not all women are as strong as I am and not all abducted girls find a good man like Bheki. I am not against culture but times are changing and similarly culture should adjust. Cruel men are now hiding behind this practice and therefore find freedom to do evil and destroy our women. I will not stop this campaign even if it means being kicked out of my home, banned from my village and being called names.

My name is Zandisiwe Ndebele; a wife, social worker and women's rights activist. My fight for true freedom for women and the demolishing of the ukuthwala practice doesn’t end here. I will not rest until it is declared illegal.

Tags: By Ayanda Xaba
No Comments
Share this entry: