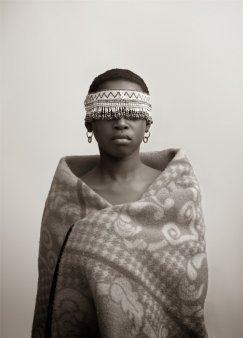 Even though Bheki has been kind to me lately, I haven’t really forgiven him for the way he treated me when I got here. Even if I were to marry him it wouldn’t work; I don’t want a weak man who is controlled by his mother and sister. I want a tough guy, confident, in control and throws commands everywhere he goes. I have been acting nice as well so I can get freedom to go around the yard. Zama has been sleeping in my hut for the past three days so I can assist her with maths revision. She is currently writing her mid-year exams and it's thanks to her I now know the date. The season is also showing and the cold is impossible to ignore. Bheki bought me jackets so that I don’t get cold; well he has practically bought me a new wardrobe. He also bought me puzzles, board games, and a tablet. Even though I’m not allowed to have social networks on it, I can access my emails and just Google information and read news. I also secretly chat with my friends via email; so this tablet is serving me well. I have had a basic phone throughout my university years just so I can call home but never had a smart phone. Being a potential Mrs. Ndebele has its pecks I tell you.

Today Ndebele (Bheki) is taking me to one of his shops because I need to ‘familiarize’ myself with his businesses. Apparently the internet cafe in town also belongs to him; I had used it for my school work for a long time but I didn’t know then that it belonged to him. He had opened up to me about himself and his work. He doesn’t have any children, and apparently doesn’t have a girlfriend and I obviously don’t believe that. I don’t want to know about his romantic life anyway; that sounds like an irony because as far as everyone is concerned I am his romantic life. Although I don’t like Bheki, a part of me feels like I’m being ungrateful for all the things he is doing for me now. I don’t want to feel obliged to marry the guy just like I do not want to be ‘abducted’ into marriage. But how long will I be able to fight this? And how do I honestly see myself getting out?

Yesterday I accompanied Bheki to fetch Ntombenhle from the bus rank; she is coming home for the holidays. I wasn’t looking forward to meeting her, for all I know she could be a spoiled brat and as irritating as Malibongwe. I’m not sure if she is the quiet type or if she also has a nasty attitude. She spoke about 10 words to us and then put her headsets on and fell asleep in the backseat of the car. When we got to the Ndebele home, she softly said goodnight to me and went straight to her room but it was only 15:35. Her family members didn’t seem bothered by her behavior so I assumed she was just a quiet person. Oh by the way; I eat with them now but I haven't been asked to cook as yet and I’m glad. We had waited a good 30 minutes for her at the rank; Bheki even bought us food while we waited. He got burgers and coke and made a joke about how coke is dangerous to a young woman’s body. I laughed because I think it's ridiculous to believe a drink can cause damage to my body, and according to him, my private parts specifically. This was the first time Bheki took me out of the homestead.

So today he is taking me out again; I guess he enjoyed my company yesterday or whatever may be going on in his mind. It is difficult to understand him. We hardly say anything to each other and it's hard for someone as talkative as I. I like to comment on everything, even on people passing by but I can’t do that with him yet, I just never know what response to expect. It's been a while since he has been rude to me; actually since his birthday he has been the nicest guy on earth. The birthday was on the 18th of May by the way. Prison and freedom do not belong together. They let me go around the yard alone and into the shop next door but someone is always looking over me just so I don’t run away. They might as well put handcuffs on me now just so I don’t try to get out of the moving car. I'm just not comfortable yet and I don't know if I’ll ever be.

My face is glued on my new gadget as we drive quietly.

“Zandisiwe Dlomo” Bheki just likes to call me by my full name. I like this.

He asks; “Do you have WhatsApp in there?”

I roll my eyes as I answer; “No. You made it clear you don’t want me to have that”.

“Well you can have it and any social network you want.”

“Yes sir!” I say without looking at him.

I am intentionally avoiding eye contact; I don’t want him to see how excited I am about this. Is he being for real? Wow!

“Zandi!” I hear a voice shouting from a distance, it awfully sounds like Nandipha. I have to be dreaming; maybe I just miss her too much I’m hearing things.

This time the name is accompanied by excited giggles. I turn to Bheki and notice a weird smile on his face; I turn to my left and see Nandipha running towards the car. Seriously; this has to be a dream! I cannot believe this; we are parked just opposite the gate at home.

Tags: By Ayanda Xaba
No Comments
Share this entry: