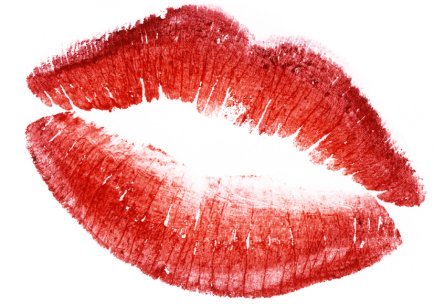 I hesitantly followed the doctor to Samantha's room and when she opened the door for me she said to Samantha, 'I've brought you something special,' and motioned for me to enter. She smiled at me and said, 'Alright. I'm just gonna go see my other patients and I'll leave you two alone. If you have any problems just give me a shout'.

I was so angry! I walked up to Samantha's bed and said, 'What the hell is going on Sam?'

Shaking my head I said, 'Okay fine, but tell me, whose baby is it?'

She looked at me and hesitated for a few moments and then said, 'Uhmm it's Rodney's baby'.

This shocked me a bit but I tried not to show it. What the heck was Rodney thinking? I feared what would happen if Taku ever found out. 'So what do you want to do Sam? Do you have a plan because Taku and Rodney are outside and they both think that they're the father'.

She looked at me and said, 'I, I was thinking that maybe we could say that it's your baby.'

I took a step back and I said, 'No ways! That's not happening! Have you seen the size of Taku? He will destroy me! No ways Sam. I'm not doing it.'

Suddenly we heard commotion outside, people rushing towards the waiting room.

'Wait here Sam,' I said as I went out to see what was going on. I got to the lobby and looked across to the waiting room. There were paramedics surrounding a person but from where I was I could only see his shoes. I ran towards them because I realized that that was exactly where Taku and Rodney had been sitting. I got there and saw the paramedics putting pressure on what seemed like a knife wound on the right side of Rodney's chest. I looked around to see where Taku was but I couldn't see him.

I asked one of the nurses what happened and she said, 'We found this man on the ground with a knife wound but we don't know who stabbed him. Security is going through the CCTV footage right now.'

I suddenly realized what happened. Taku had stabbed Rodney. He would go for Samantha next. I ran as fast as I could to Samantha's room and through the small window in the door I saw Taku standing over Samantha holding a bloodied knife. I tried to open the door but it was locked. I tried to bust the door open but it was pointless.

I started screaming hysterically, 'Help! Somebody help! He's gonna kill her!' As I screamed and shouted I saw Taku raise the knife over Samantha's chest and as the knife came down I looked away, only hearing a loud shriek. Then silence. I looked again and saw Samantha's body convulse for a few seconds then suddenly stop; she lay there lifeless. When Taku saw that she had died, he took the knife and pointed it at his chest. He then looked at me briefly through the little window in the door and then closed his eyes and stabbed himself in the heart. I fell to my knees in utter disarray. Everything had happened so fast. I was shaking uncontrollably and tears started flowing down my cheeks. 'No' I whispered to myself. 'This can't be happening. No'

A few moments later, one of the security guards came to the door and looked through the window; when he saw Taku and Samantha's bodies lying there he called for backup. He then turned to me and said, 'Sir are you okay?' The answer was that I wasn't and I don't think that I will ever be.