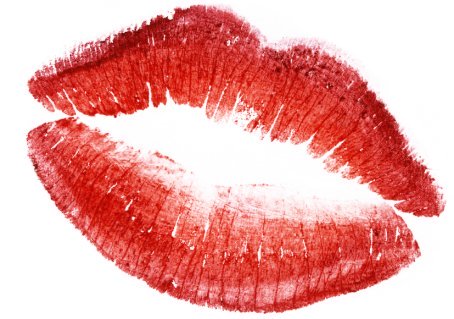 It was tense in the waiting room. I had just spent a good part of two hours trying to keep Rodney and Taku from killing each other. It hadn't been easy. Taku was a large man and Rodney, though he was smaller, was a sneaky little thing. It all started when we were at Samantha's house. I had gone there to beg Samantha to take me back. While I was there, Rodney – my backstabbing cousin –  showed up at Samantha's doorstep unannounced. By this time, we were in Samantha's bedroom afraid that it was Samantha's live-in boyfriend, Taku, who had come home; so, I hid under the bed.

Rodney then came to the bedroom and as soon as I figured out it was him I came out from under the bed and confronted him. I wanted to know what he was doing at my ex-girlfriend's house. He had been with me through the whole saga with Samantha and so I did not understand how he could turn against me and date her. During our confrontation, we were interrupted by Taku, the live-in boyfriend who suddenly walked in. Obviously none of us had heard him come in because of the ruckus we were making. We were now engaged in the most awkward of situations: I was fighting with my cousin over my pregnant ex-girlfriend in her bedroom, and then her current boyfriend walked in on us.

I thought it couldn't get worse but it did. Samantha suddenly clutched her belly, groaned in pain and then blood started flowing down her left leg. When Rodney and Taku saw this they both exclaimed to Samantha, 'Our baby!' I was dumbfounded! I thought to myself, 'What!? Both Rodney and Taku are claiming to be the father of the baby??' as soon as they both said it they looked at each other and I could tell that they were both thinking the same thing – it was something like, 'What do you mean, 'our baby?” There was no time to verbalize this thought since we had to attend to Samantha.

I helped Taku to get Samantha into his car and the awkwardness got worse when he asked me to drive so he could sit with Samantha in the back. Now get this: I had come to take this guy's girlfriend away from him and now I was driving his car, taking his girlfriend to the hospital. In one way I felt guilty for wanting another man's pregnant girlfriend but in another way I was angry. I was angry at myself for ever wanting Samantha back. I broke up with an amazing girl just so that I could dig up the bones of my past in Samantha and it had backfired on me catastrophically. As they say, 'the grass is always greener on the other side' and at this moment, that statement had never been truer.

We got to the hospital and Samantha was admitted. As we were walking to the waiting area, Rodney ran into the hospital frantically and said, 'How is she? Is she okay?' He hardly had time to finish his sentence when Taku ran towards him and rugby-tackled him to the ground. He sat on him and started punching him in the face. As I mentioned earlier, Taku was a large man and it took myself and a couple of security guards to get him off Rodney.

'Who the hell are you huh? Have you been sleeping with my girlfriend?' Taku yelled as we pulled them apart.

Rodney was bleeding through his nose but managed to mumble, 'No. She was sleeping with me'. This set Taku off again. 'Is the baby yours?' he asked. Rodney didn't reply. 'Answer me!!' he yelled. Rodney was so sure that it was his baby but then when Taku asked him the question, he realized that the only way Taku would have been asking is because he had been having sexual relations with Samantha. Rodney was shocked. Samantha had told him that Taku hadn't touched her in almost a year. As these thoughts were racing through his mind, Taku interrupted him when he yelled again, 'I said, is the baby yours?'

Rodney relented, 'I don't know,' he said. There was an apparent realization that indeed the baby might not be his. They had both been played by Samantha.

Nobody said a word from then on as each man was consumed by his own thoughts. Rodney was wondering whether the baby was his or Taku's. Taku on the other hand, was trying to wrap his head around the fact that Samantha had been cheating on him all this time.

It was then that the doctor came out and told us that Samantha was alright. The doctor then told them that only the father of the baby could go in and see her. Taku was expecting it to be him, so was Rodney but instead the doctor called out my name. This startled all of us because at this point I was only there because I had left my car at Samantha's house and also because I didn't want Taku and Rodney to kill each other. When the doctor called out my name, Rodney and Taku's faces dropped. Did this mean that Samantha had been sleeping with three people?