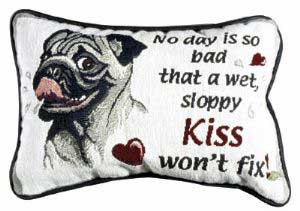 I had been on my way home from work when I bumped into Rodney. Rodney was Tashinga's cousin and they had lived together for many years; I knew him when we were growing up. He was a doctor now and working at a local clinic. When he saw me he gave me a big hug and we chatted for a while. We exchanged numbers and parted ways. He started texting me, casually at first, but over time our conversations got longer and deeper. He became an escape from the suffocating life I was living with Taku. I really liked him. He was fun and easy going; and more importantly he let me be me! We started seeing each other and our relationship got serious. We would see each other during our lunch breaks at work and then sometimes when Taku was away, Rodney would come and sleep over.

Things changed though when I fell pregnant. I told Rodney as soon as I found out and he was happy. 'This is your chance to leave Taku and finally be with me' he said. I didn't respond. Taku and I hadn't been intimate in months and Rodney and I had been at it like rabbits. I was so scared. If Taku ever found out, and eventually he would, then I would be dead. So I came up with a plan. In the week that I found out I was pregnant, I made Taku dinner and wore the sexiest dress I could find in my wardrobe.

'What's the occasion?' Taku asked when he got home. He hated surprises.

'Nothing' I said. 'I've just had a really good day and I want to share it with you. Please don't ruin it for me.' I said. He didn't say anything and he sat down and ate. We shared a bottle of wine afterwards as we watched TV. As usual, he didn't say much. I started pretending to be drunk and I said, 'I want you to have me.' He looked at me and said, 'No Sam. I'm tired.' I couldn't take no for an answer and so I knelt down in front of him playfully and said, 'Please Daddy? You can't leave me hot and bothered today. I've had a good day remember? Please.' He gave me an annoyed look and kept watching TV. I kept on nagging. Eventually he sighed and said, 'Ok fine. Take off your pants and bend over.' I was slightly taken aback and I said, 'What? Right here? Now?' and he said, 'Do you want to do this or not?' I suddenly felt sick to my stomach for even being with such a heartless man but I needed this and so I did it. It was the worst two minutes of my life and it made me feel like a cheap prostitute but it had to be done. Taku had just become an accomplice to a pregnancy. Afterwards I went upstairs and took a shower, crying my eyes out. I hated what I had just done.

I waited a few weeks and then I broke the news to him over text. I sent it to him in the morning when I got to work so that he would have the whole day to think it over. The text was short: 'Honey, I'm pregnant' I sent it and waited. A few minutes later he called. My heart was pounding as I answered the phone. 'Hello' I said, trying to conceal the fear in my voice. 'Samantha' he said. 'Are you really pregnant?' he said. His voice was very subdued. He was clearly in shock about the whole thing. 'Yes' I replied. 'Wow. Uhm okay. Uhm I'll see you at home later,' he said before hanging up. That evening I went home not sure what to expect. Was Taku going to shout at me for not being careful? Would he beat me? I was meant to be on the pill but I had stopped because we hadn't had sex in over six months so I felt it was pointless. Besides, birth control pills make you fat. When the whole thing with Rodney started we had used protection, well, in the beginning at least. In the end we had just been so lost and consumed in the forbidden fruit of our affair and in truth, we had become reckless and had paid for it.

Taku got home and when he saw me he said, 'Is it true?' for what felt like the umpteenth time. I nodded my head, bracing myself for the worst but instead he ran up to me and gave me a huge hug. I couldn't understand it. 'I can't believe this Samantha. I'm going to be a Dad,' he said as he planted a kiss on my forehead. He sat down on the sofa and put his head in his hands in disbelief and said, 'Wow!' All this time I never said a word. I couldn't believe what was happening. What had happened to the monster I had been living with for the past couple of years? Who the heck was this imposter disguised as Taku? It was like the pregnancy broke something in him and in a strange way it brought us closer. There was no way I could ever tell him that the baby wasn't his.

After this day, I was left in such a dilemma. Rodney believed that I would tell Taku that I was pregnant with his baby and that I would then break up with Taku and we would get married. Taku on the other hand believed that I was pregnant with his baby and he was over the moon. His attitude towards me even changed. He was nicer and began to show me more affection, although I could never tell whether this affection was directed towards me or towards the baby I was carrying. Either way, he changed. I decided that I would let the whole thing play out. Taku would continue to believe that it was his baby and Rodney would continue to believe that I was working on leaving Taku to be with him. It was the hardest thing in the world to do. I was betraying both of them and the guilt was unbearable.

This was when Tashinga had the nerve to rock up at my door to tell me that he loved me and that he wanted me back. I told him that I was pregnant, hoping it would make him go away but instead he told me he didn't care. It was strange because I had wanted to hear him tell me that he wanted me back for so long, possibly just for the sake of my self-esteem and to feel better about the fact that he had chosen my little sister over me all those years ago. I let him in and we spoke. He tried to convince me to leave with him and in a moment of madness I entertained the idea. I was feeling so much pressure with the whole Taku and Rodney situation that leaving with Tashinga felt like a way to escape. If I left with Tashinga, I thought, I would be away from all this mess. It was a stupid, ridiculous idea and I only realised how stupid it was when I was in my bedroom packing to leave with him. I was about to tell Tashinga that I couldn't do it when Rodney came over. I then made Tashinga hide under the bed while I was in the kitchen with Rodney, then as I'd gone to take out the trash Rodney went up to my bedroom and I ran after him so I could get him out before Tashinga recognised who he was. But I was too late and as soon as Tashinga recognised that it was Rodney, he came up from under the bed and started beating Rodney up.

When I thought it couldn't get worse, Taku showed up. He never comes home during the day but for some reason he had decided to come home and check up on me because I had mentioned earlier that I wasn't feeling too good. Taku walked in to the bedroom to see two men fighting over me and one claiming that my child was his. I couldn't handle it. It felt like a nightmare! I started to feel woozy and then I felt a sharp pain in my stomach. I looked down and I was bleeding. I was so sure I was losing the baby. I remember Taku and Rodney running towards me and then nothing after that. I must have blacked out.

Now I'm in the hospital, I've got a drip in my right arm and I feel really tired. The doctor comes in holding a pad and says, 'Hello Samantha, I'm glad you're finally awake. You just had some bleeding which can happen sometimes after your second trimester but we've checked everything and you'll be fine.' I was relieved. 'Thank you so much doctor' I reply. 'No problem. Get some rest and then we'll talk again later,' she says. She starts walking to the door then as she gets there she turns around and says, 'Oh and by the way, there are two gentlemen outside both claiming to be the father of your child. What is the father's name so that we can let him come in and see you?'