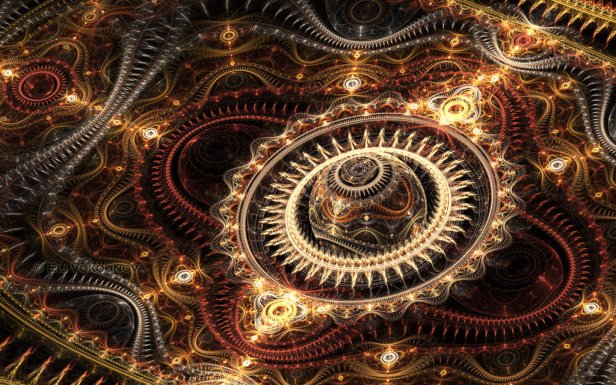 A sliver of sunlight filtered through the blinds. As Myk's eyes caught it, so too did the faint sounds of moving traffic break through the surface of his sleep and bring him forth to the new day. He smiled to himself, eyes still half-closed. Another minute in bed and he rolled out, feet planting squarely on the warmed carpet. The bed was always easy to make, and Myk did so as he waited for the coffee machine to beep. Flipping a mental coin, he decided to shower first before having his morning dose of de-caffeinated brew. Twenty minutes later, he was sitting on his kitchen stool, nesting a piping hot mug in his hands. Out of sheer curiosity, he flicked on the T.V., though he knew the news would inevitably be the same. The current story was on the extension of the F20 Highway being ahead of schedule. A stout, red-faced man appeared on the television, announcing that if they maintained the current level of efficiency, they would complete the highway extension at least a month earlier than the originally intended date of completion. The reporter, a buxom young woman, directed the news back to the station, where middle-aged Zac Michelle sat, beaming as always. The next story, he reported, was on how the air was getting cleaner every day, and the amount of oxygen in the atmosphere was at a steady 43%. Myk switched off the television. Same old stuff, he chuckled to himself. Regardless of the monotony, the news always made him feel good. It was confirmation that all was right in the world.

His hover-car waited in its gleaming splendour. He turned it on, switched to autopilot, and whizzed through the streets of the city at a moderate pace. Controlled as the traffic was by the Motor Regulation Authority, there was no chance of collision or lateness. There had not been an accident in nearly fourteen years on the highway. Ten minutes later, he turned into the underground parking garage of the MRA headquarters. Parking a way away from any other cars, Myk stepped out rather briskly, eager to get in a few minutes early to file more paperwork. Stepping into the elevator, he ran into Brid, his assistant. Brid was never particularly chatty, and today was no different. The greeting was as cursory as all the other days, and Myk had long been aware of the futility of trying to have any lengthy discussion with Brid. Unsurprised by the brusqueness, Myk stared in front of him and ran through his daily tasks in his head. First, he would finish his filing. The extension of the F20 highway had been in the works for years, but Minister Luken had constantly insisted that other projects were of greater precedence. There had been murmurs that Myk had been granted preferential treatment in allowing him to finally get the project going, but the efficacy that both he and the crew had exhibited had soon quieted the gossip.

Myk had almost forgotten Brid was in the elevator with him.

“What are you counting?” he asked.

No response came. Myk went back to his thoughts. Even Luken would have to acknowledge Myk's ability when the highway finished; perhaps he would be granted more responsibility. He had certainly wanted it long enough.

Myk turned to Brid. He contemplated whether he really wanted to know what Brid was even counting, but before he could decide, the elevator jerked to a stop and the lights went on, replaced by the neon red light that signaled malfunction. Myk pressed the manual locomotion button, but the car did not move.

“Well this is annoying, isn't it? I was hoping to be early so I could—“

The sheer look of terror on Brid’s face silenced Myk. Slack-jawed and wide-eyed, rivulets of sweat had formed on the man's brow. His eyes were so wide that Myk could have sworn he could see the blood vessels pulsating.

Brid mumbled something, then stepped on the rail and started trying to prise open the roof hatch.

“Are you claustrophobic or something? Look, I'm sure they're gonna fix it in a second. Brid—stop.”

The other man was ramming his upper back with all his might against the hatch, but it did not give. Brid jumped down, terror still written on his face, the sweat now pouring down his face. A few moments of trying to pull apart the elevator doors yielded no more result than his attempt at powering through the top. Abruptly, Brid stopped his frenetic actions and stared into Myk's eyes. With a voice weighed down by realisation and resignation, Brid said, “They're coming. They know, and they're coming.”

The other man lunged at Myk, grabbing his lapels so tightly that the seams on Myk's jacket felt like they would come apart. Looking down into Myk's confused face, a now heavily perspiring Brid breathed almost unintelligible words into Myk's face.

“They're gonna get me. Any second now. They found out somehow. You have to finish this—you have to set us all free.”

Brid released Myk, who could do nothing but watch fixedly as the other man opened his suitcase and retrieved what looked like the motherboard of a small car. Removing his jacket, Brid folded the arms of his shirt halfway up, and, sinuous forearms bulging, prised open the elevator number board. Myk could only look on as Brid strung some of the elevator wires into the switchboard, roughly matching the ports on both circuit boards. A few times, sparks flew out from the connections and Brid would recoil his hand, cursing the stings.

“Pass me that vial with the yellow fluid—carefully.”

In spite of himself, Myk obeyed. The vial, about six inches long with two metal fuse attachments on either end, was cold to the touch, and the viscous yellow fluid that filled it to the three-quarter mark barely shifted as Myk handed it to Brid, who, cautiously, attached either end of the vial to a slot in the computer board he had fixed into the elevator. The yellow fluid lit up, then, and began to shift from one end of the vial to the other, a self-momentous dance. Brid re-attached the elevator panel and slumped to the floor. The front of his shirt clung to his barrel chest, soaked by the sweat of his anxiety. The big man closed his eyes and breathed heavily.

The other man laughed derisively.

“Even if I told you, you probably wouldn't believe it. Heck, I've known for a year now, and I still question myself some days. But…here I am.”

“What are you talking about?”

Brid opened his eyes now, fixed them on Myk's for an uncomfortable minute.

“What do you think all this is?” he asked, waving his arms and motioning to the elevator.

“I don't know man. The elevator stopped and you just started acting all crazy and—“

“No,” Brid interrupted, “Not this. This!” He gestured with his arms again, opening them even wider. “This world. Our world. What do you think all this is? Where do you think it comes from, where is it all going?”

“I don't know what you're asking, Brid. If something is bothering you, we could always talk about it.”

“There is nothing to talk about.”

“It's gotta be better than whatever it is you're doing here. What is that thing that you fixed into the elevator? What is it supposed to do?” Myk asked.

“What are you righting, Brid?”

“The world. Or at least this world. It's not real, and we need to go back to the real world.”

“Fake!” Brid spat. “All of it. It's all a construct, made by someone the same as that highway you've been so happy about extending. Come to think of it, you're the perfect product of their system, Myk. Do you ever even question things? Ever wonder why everything is so damned perfect?”

“I wouldn't call things perfect,” Myk replied. “It took longer than expected to get the conveyors for the highway, and even those will have to be replaced years earlier than anticipated.”

Brid almost choked on his laughter.

“Oh, Myk. You're exceptionally blind. Why wouldn't Luken and the others want to keep this farce going?”

“What's Minister Luken got to do with any of this?”

“Everything. He might as well weave the shroud they keep over the people himself.”

“I still don't know what you're talking about, Brid.”

Brid's features softened a tinge, and a semblance of pity crept into his eyes.

“Of course you wouldn't know,” he half sighed. That is one of the things they saw fit to erase from this world. I can't fault them, but we still deserve to know.”

“Know what?” Myk's impatience was beginning to show.

Brid regarded Myk expressionlessly, shrugged, and leaned against the elevator wall. He motioned for Myk to do the same.

“Sit down,” he instructed. “It's a clusterfuck”

“About a year ago,” Brid began, “I was approached by a group of Edifiers—people who are trying to undo this. They showed me the truth of this world, and the untruth that we have been living and were born into. You see, Myk, this world is not real. It's a manufactured version of what true reality is. Another world exists parallel to this one, and it is the real one.”

“I don't understand,” Myk began, before Brid held up a hand.

“I need you to listen without interrupting. We probably don't have too much time before the Protectors get here.”

Tags: By Fungai Chigumbura
No Comments
Share this entry: