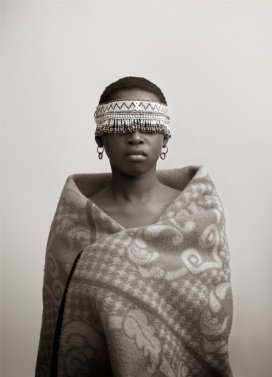 The family ululates as we walk inside the yard but instead of going back to the main house Bheki takes me back to my hut. We sit silently for a few minutes and then he asks if I would like something to drink. I do not feel like anything. Looking at him, I ask; “Why didn’t you tell them I was trying to escape?”

He looks at his hands and judging from his body language, he seems nervous. A part of me starts to think he has multiple personalities; how can he change from being the coldest man on earth to being this nervous and vulnerable? His hands are sweating and he keeps rubbing them against each other. I study the whole body; he keeps stepping on his left foot and his eyes twinkle. They are silvery as though there were tears being held somewhere. Psychologically, this could be interpreted as many things. Perhaps he is genuinely nervous, is suppressing a certain emotion, or he has a personality disorder. I don’t know which possibility is better than the other. We are taught such things in psychology classes but case studies are never this personal. A part of me is afraid of him and feels he is playing mind games but then again, he cannot be that smart. He doesn’t look like a guy who can manipulate minds; I can spot that type a mile away. Right now he looks like a dog that has been caught eating eggs in a chicken stand.

It startles me as I am so consumed with studying his body language. Why is he saying he doesn’t like this? I look at him with a frown and he continues, “I am a single 35 year old businessman, living at home with no children…”

I feel my skin thickening like there are small, hot lumps growing inside and I snap.

“That’s your reason? You think that’s an excuse to do this to me? Are you kidding me? I can’t believe this guy!”

I feel like my head is spinning, why did he choose me to end his miserable life? I am seriously getting angry now; I get up and begin to pace the room.

Bheki doesn’t move; he simply looks at me and says, “It's not an excuse; I’m not trying to excuse what’s happening to you. This wasn’t my idea either; it was imposed on me as much as it was on you.”

“You’re an old man, you can make your own decisions,” I reply.

“Don’t act like you don’t know how things work in this village. The chief summoned my family and they matched us. Those two guys were sent by the chief not me. We both just have to work on making this work”

I sit on the bed next to him as I shake my head in disbelief. He thinks I’m stupid I can tell. I grab my hair, something I do when I try to control my anger, and say; “So what is this? A heart-to-heart session?”

“You have every right to be angry.”

I exclaim; “I have rights now?! You’re telling me about rights?! How about all those times you insulted me? My rights huh?”

“Now that’s a quote!” I resume pacing. Bheki has been calm throughout the conversation which makes me believe he might be telling the truth. But what if he is tricking me into liking him?

“They said the angrier you are at me, the smaller the gap between love and hate,” he continues.

He drops his head, avoiding eye contact with me at all costs. “I had no choice but to play along, being single at this age is a disgrace and there were rumors about me being gay. I don’t mind that, but it's bringing shame to my family. Maybe I’m a coward for allowing this to happen; I’m sorry for not being man enough to protect you.” He looks down and covers his face.

I stand right in front of him with my hands crossed over my chest.