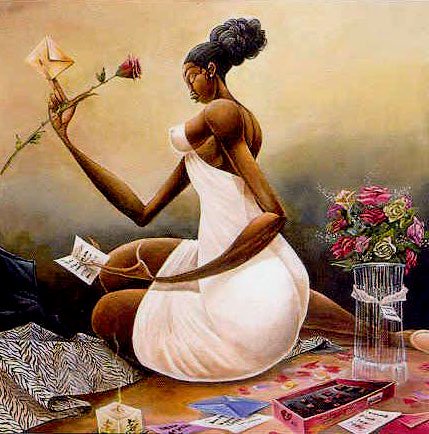 Previously, I wrote about my period and my experience thereof, and also about “Menstrual Misogyny”. As I indicated, I do not dislike my period; rather, I dislike the pain and inconvenience I often have to endure as a result of the menstruation, even if it is only for a couple of days. For example, for most girls, a period means you do not want to risk going to swim, or wearing the white dress you absolutely love or even simply not being able to go about your day to day activities. Yes, it can be temporarily crippling for some people.

One of my concerns has been the sanitary options presented to women, including pads, tampons, and reusable towels/rugs and so on. The list is not long really but for many of the urban-based girls, tampons and pads are what they are accustomed to. For the rural girls, rugs and pads, and the latter only if they can afford it. When I wrote “One Girl's Period”, I mentioned that I would speak to a menstrual activist I know of, and write about the menstrual cup once I had purchased, and tried out one. So I got one and have tried it out for a couple of months now. I did not want to write about it only after a month because then I would be writing out of excitement alone.

However, I must admit that I am still very excited about the menstrual cup and highly recommend it. Also, to be fair, this is only my experience of it, and therefore cannot speak for other women. Furthermore, for everything that may seem “yucky” about using the Menstrual Cup, consider that pads and tampons can be very yucky, smelly things. With the menstrual cup – you rule out bad smell drama immediately. And no, I am not kidding.

First things first – when you see the Menstrual Cup, it looks like something that you would not want to be shoving inside of you. Okay – that is a bit alarmist. But really, imagine an ice cream cone – the very cheap cone, not the sugar cone, then cut off the bottom part of it and you will have something near the idea of what a Menstrual Cup might look like. More still is that at the bottom is a short tail-like grip, less than an inch long for you to hold when removing the cup for purposes of emptying it ofcourse. Initially, (when I first tried it) I did not think it was sufficient but on the second and third try,  it works just fine. It works much like how you would remove a tampon but a short “string” of sorts with grip. You have control over whether your emptying of the cup will be messy or not. With a tampon, you just pull the string and do not even care what happens.

I found that two insertion methods are provided on a leaflet inside the container/carrier for the Menstrual Cup, some people are comfortable with one while others choose the other (buy it to see what I am talking about). The cup (the one I have) is pink – a sweet, pale pink. The first day I wore it, I was nervous and kept having imaginary “overflow”; and each time I went to the loo to check, I found spotless pad and underwear. The cup was in place. Firmly. Comfortably. After five hours – it was time to empty the cup, rinse thoroughly and replace. Another five hours and I was getting the hang of it. Come bed time – I wasn't convinced. I still need to try it again. But three periods on and the cup seems to hold for 10 hours. I am learning what my period's flow is like, unlike pads and tampons that I now realise could be deceptive. What might look like a heavy flow could turn out to be 6 hours of the cup instead of two to three tampon or pad changes. Nonetheless, first timers, should use a liner or light/thin pad incase you aren't too sure about how heavy your flow might be or incase you did not insert the cup properly.

For those who have cramps and the likes – the Menstrual Cup does not help to ease the pain at all. We all know that this varies from person to person. You are less tense about the entire menstrual experience as you begin to realise and become comfortable with using the Menstrual Cup, and less tension could also mean less pain perhaps (not sure). But having not to worry about messing you underwear or outfit or just generally messing up given that you are using the Menstrual Cup is incredibly liberating.

Now on to the part that I think is tricky but has a solution. If you were in a public toilet or even at work, it would be easy, still, to take out the cup and empty it. The tricky bit is that you are not in the luxury of your own home/toilet/bathroom and so cannot just stretch to the sink to do a thorough rinse. You would need to get out of the loo, in order to rinse it in the sinks that are almost always situated outside of the toilet cubicles. This for me is the tricky part. But the easy/ier solution too is to own two cups then and make sure you have some soft/wet wipes with you for your own comfort during the emptying session. Use them to wipe and wrap the used cup, while you insert the fresh cup (sterilised previously/at home before you left the house), and when out of the toilet cubicle, you can rinse the used one.

Because we are all different, insertion positions may differ with people. Some can squat over a toilet, or do it in the bath tub or the shower. My best experience has been in the shower. It means I can insert it and carry on with a good shower (it never felt the same with tampons since the string made out of thread would get wet). And then ofcourse, insertion over the loo is almost inevitable during changing or emptying. But you learn as you use the cup and I am sure different shared experiences would be beneficial for women who are keen to use the Menstrual Cup.

I am happy to be giving up tampons and pads, and instead to be using the Menstrual Cup. I hope that more women will choose it for their own health safety. Incase you didn't know, pads and tampons are to a large extent responsible for some of the various infections, dryness and itchiness women experience during their period or after their period and so on. However, do your research – thoroughly, and then make a choice based on what you know is good for you. You cannot put a price to good health. It is everything.