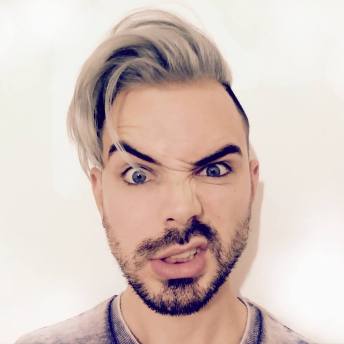 It’s my high school reunion this year, and people I haven’t spoken to in nearly 10 years are adding me on Facebook and tagging me in photos. It’s made me think about my school years.

Although it ended nearly a decade ago, school played an incredible role in shaping my anxieties, strengths, and how I see myself. It’s been a long and sometimes tedious process to reflect on who I was, what I did and what I was exposed to. I think being in the UK, where being a teenager is so drastically different from being a teenager in small-town South Africa in the 2000s, has made me really question how I perceived things ‘back then’ and how certain memories which stick out both helped and hindered my own identity.

I began high school (which, in South Africa, is a period of 5 years from ages 13 – 18) at a
well-respected all-boys state school. For various reasons, I was bullied and victimized, and through much sacrifice on the part of my parents, I was able to move to an all-boys private school. I was bullied and victimised less, and the smaller size of the school allowed me to grow and, to some extent, be an individual. (As a side note, 10 of 12 years of my schooling career were spent at all-boys school: Something to think on in another post, perhaps). On the whole I was able to flourish: by the end of matric (final year) I had acquired academic honours, cultural honours for debating, cultural honours for music, and was deputy-head prefect.

In retrospect, these (in the long term, meaningless) achievements were largely in part due to an absolute dedication to the schooling structure and schooling system. Certainly my work ethic was in part due to having two teachers for parents, but it was equally in part due to a complete unwillingness to acknowledge any aspect of my sexuality. I don’t mean acknowledging that I was attracted to men (feelings of which I was aware since the age of 5 – again, another post): I mean, quite plainly, that I refused to acknowledge sexuality at all. Now and then in my final year I would flirt with ambiguous text messages and possible hints to one of my good friends. But for the most part it was good ol’ fashioned denial.

I pretended that puberty didn’t exist, I literally refused to say the word “sex”, and I obstinately removed myself from any conversations which were vaguely sexual in nature. I tolerated human sexuality only through academic lenses: I could speak about it in biology, in English (thanks to poetry and prose), in religious education (more on this later), and in history (the reproductive lines of various kings and queens). I’m sure a bout of therapy would reveal all sorts of interesting reasons for this process of burying sexuality: a deeply religious (but balanced and loving) upbringing; small-town mentality; extreme stubbornness…

In many ways I unconsciously made myself as clinical and as asexual as possible. This was ‘complemented’ by an ardent and almost militant adherence to rules: rather than rebel against the rules I flourished under them, much to the annoyance of my peers. I never did anything wrong, and prided myself on never getting into trouble. I was a model student. Indeed, the thought of stepping out of line brought on anxiety attacks (for the first year of school I used to carry around a bottle of herbal anxiety medication. Freud and Foucault would have a field-day with me).